From Houston to Kosovo, Annika Chambers recounts her surprising road to blues recognition as she discusses life, love and music.

Growing up in a strict Texas family, Chambers was introduced to the world of music through gospel.

Struggling with the anxieties of performing, her grandparents encouraged her to sing for her local church in Houston, forever opening an emotional outlet through which flowed her raw talent for singing and undeniable soul.

Chambers’ grandparents introduced her to the choir at a young age knowing that her soulful style was something special. From the age of eight until she left for the Army, she was an active member of her choir, although something was still missing for young Annika.

“I was really, really sheltered,” Chambers remembers. “I [was only] allowed to listen to gospel music, so I never really heard secular music.”

It wasn’t until Chambers joined the Army in 2005, that she finally found her true creative calling in blues music. Her first deployment found her in Kosovo, when she was introduced to the blues by fellow soldiers. As Chambers finally realized her potential as a performer, she soon gathered a group of musicians together. They would go on to perform at various bases throughout Iraq and Kosovo as she laid the groundwork for what would not only become a new lifestyle, but a promising new career in blues music.

Adjusting to her newfound roll of band leader, Chambers slowly began to find comfort in her ability. Struggling with stage fright throughout her life, she eventually found power and confidence in her new position.

“For a couple of years, that was quite a test, and it shaped me to be who I am now. Because now I can get in front of anything and say ‘This is what I want to do’.”

After returning home in 2011, Chambers music career was jump-started by enthusiasm from fellow blues musicians and producers. Starting off as a labor of love, her first album quickly took on a life of its own. While she didn’t win the finals during a blues competition in Houston, producers approached her there about recording a few tracks. Intended to be her entry into a blues challenge in Memphis, the unassuming demo would soon become a full-fledged album. With her sights set on making her mark in Memphis, word quickly got out in her hometown of Houston there was a fresh, new force to be reckoned with in the blues scene.

“Everybody in the city kind of caught wind that we were doing something special,” Chambers explains, as her four song demo quickly reached a dozen songs. “All these people, all the time kept calling. ‘Hey, can I come play?’ ‘Can I come play? ‘Can I do a duet?’ And I’m just like ‘Wow!’ We had no budget, we had no nothing. And people were just like: ‘Don’t worry about it. We just want to get your name out there because the world needs to hear you.’”

By the time the record was finished, some 21 people were featured on the album. The whirlwind of progress was far from over, however, as she received a nomination for Best New Artist in 2015 from the Blues Music Awards. Between her return home in 2011 and her quick rise to Blues fame in 2015, she admits she knew nothing about touring. Apart from small gigs around the city, Chambers did little to get her name out there. With most nominees making themselves known through rigorous touring, she was more than surprised to find herself considered for the award.

“A lot of people get the nomination because they’re in front of people. They’re touring. But it was simply that there was such a hype behind the record.”

In the following few years, she wrote and recorded the songs what would become Wild & Free, as she continued to expand her audience and solidify her place in the blues world. Her wild and free days were put on hold, however, as charges from her early 20s finally caught up with Chambers, who would find herself turning 30 as she prepared for life in a Texas penitentiary.

While she lost her freedom, her creative fire was far from extinguished. With constant love and support from her blues family, she had her second album waiting for her when she was released. Why Me?, a track she penned with songwriter Doug MacLeod, was a reflection of where she was mentally during this time.

During the process, Chambers says MacLeod helped her bring her story and struggles to life. In the song, she laments the disappointment she caused both for her family and in herself. Questioning why all of this was happening to her, the message of the song is one of resilience in the face of hardship as well as accepting the time had finally come for her to do pay her dues. Chambers says she doesn’t often play the song live because of the emotional nature of the tune, but the message remains: No matter how bad things seem, you can’t give up.

By the end of her sentence, Chambers had been shown so much love and appreciation she ultimately had to turn down visitors as she prepared herself for a return to normalcy. Chambers would soon be adjusting to a new normal, however, as her album Wild & Free continued her ascent into blues fame. Since that time, she has made it her life’s goal to share the love she was shown with the world. Nothing exemplifies this more than her outreach to young people in Houston.

“In the inner city, you don’t often hear a lot of blues. I try to go into different schools and different community centers and just kind of introduce this music, so you have an option. And nothing’s wrong with rap and hip-hop and R & B. But blues is our music. I want to make sure the kids have an outlet. Because I think if I would have learned as a child about the blues, I probably would have been one of those prodigies like Etta James or Koko Taylor. But I didn’t have that,” Chambers explains, adding that while young guitar players oftentimes have the opportunity to explore their passion, “I wanted to have that for singers too.”

During a recent performance, she proudly recalls inviting a young black girl to sing on stage with her in Houston. It’s times like these, she said, when she knows she is doing good in the world, creating the opportunities she herself never had as a child of color.

The power of blues music is a universal language that we all can relate to. While she appreciates her gospel roots, discovering blues music was the key that unlocked this world of love in Chambers.

“I always wanted to sing music that brought everybody together. When I found the blues, I really found my home. I look out at my crowds and see all the different cultures that come out to see me. This is what it was always about to me, just to bring everyone together and just share my story through this music. And hopefully inspire someone to just be better, or [tell them] whatever they’re dealing with that day that it’s going to be all right.”

Through the blues, Chambers has learned to be comfortable in her own skin and to share that confidence with everyone she meets. As someone who struggled with bulimia growing up, she will be the first to admit that it was a long road. When she hits the stage, however, any blues her and the audience may have been feeling quickly melts away.

“I also have women, sometimes they may not have the best self-esteem. And I’m this curvy girl, very, very vivacious. And they’re like: ‘You just made me feel like a real woman and be proud [of myself].’ No matter what size you are. Skinny, curvy, fat, whatever, I want everyone to feel that you are worthy, and you are enough. When women come up to me and say ‘You really made me want to love who I am just as I am’ that’s always a good feeling.”

This message of self-love through the blues is Chambers’ driving force. Regardless of where someone has been or what they look like, in the end it doesn’t matter. Whoever you are, you are worthy of love.

Chambers’ mission has resonated throughout the blues world, most recently garnering her a 2019 Blues Music Award nomination for Best Soul Blues Female Artist. Her tours have brought this message all over the world, from South America to Europe to the Middle East.

“What matters is how you feel about yourself. And if you love yourself, if we love ourselves as we are, then everybody is going to fall in line and love you too, because they’re going to see how well you love you. And it just kind of creates the domino effect.”

Chambers is excited to announce the release of her third studio album this May and looks forward to sharing some of that new material when she visits Plattsburgh this March, bringing with her the raw energy, funky soul and down and dirty blues that make her one of the most exciting voices in modern blues music.

“When I get on stage, nothing else matters. It’s bigger than me, and I’ve always known that when we do this, it always has to be bigger than you. You never know who’s in your audience. You never know who you may touch that night. And that’s what we’re trying to do, is just touch every soul and spread a little love around them. Because that’s what we need. We need more love in the world.” 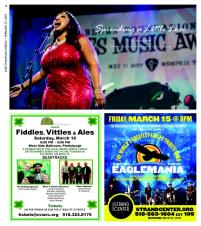 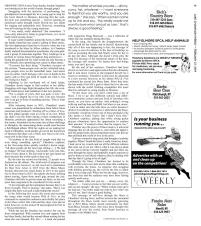 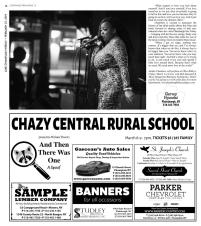 Annika Chambers will be at Olive Ridley’s Friday, March 1, with Bob Stannard & Those Dangerous Bluesmen backing her. The show begins at 8 p.m. Tickets are $15 in advance or $18 at the door. CLICK BELOW FOR MORE INFO:

One thought on “Spreading the Love with Annika Chambers” 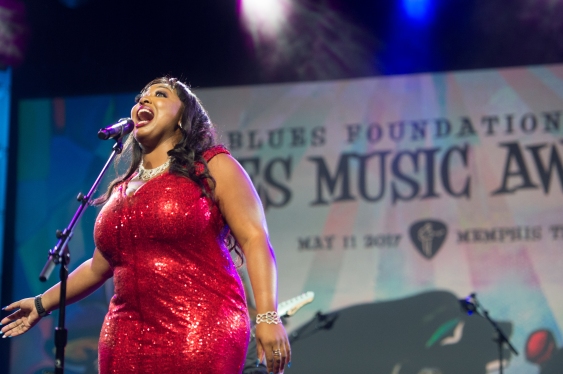 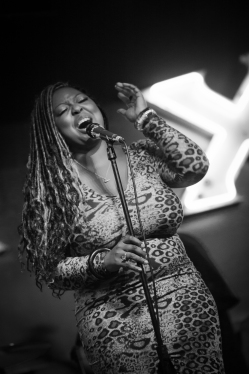 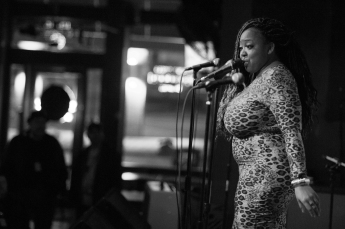